How to influence bunch weight in banana production

Applied nitrogen is used for dry matter production and yield, including bunch weight in banana. 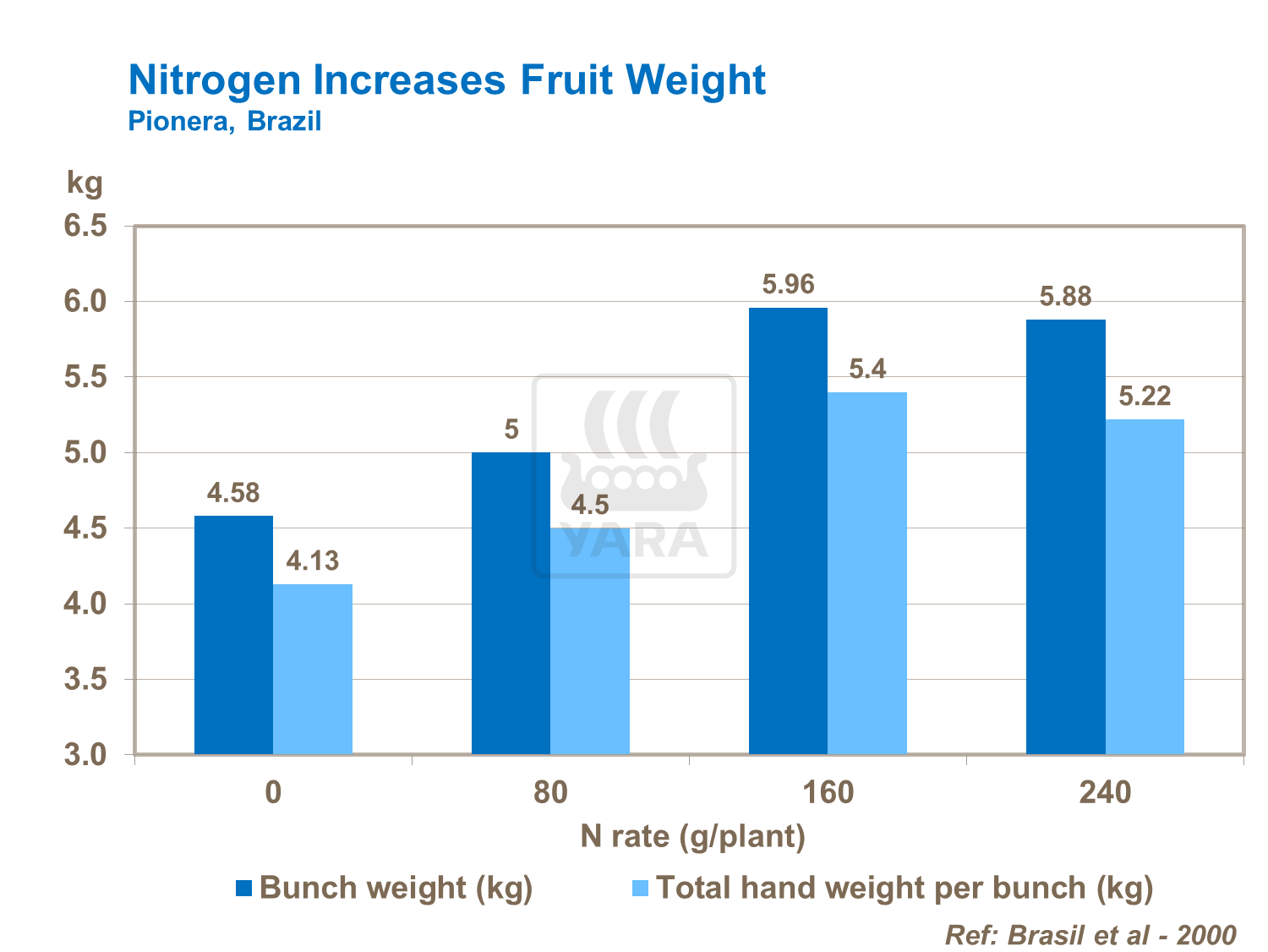 The use of nitrate-nitrogen, compared to largely urea-based sources, maintains good uptake and availability of other nutrients e.g. calcium, magnesium and potassium. 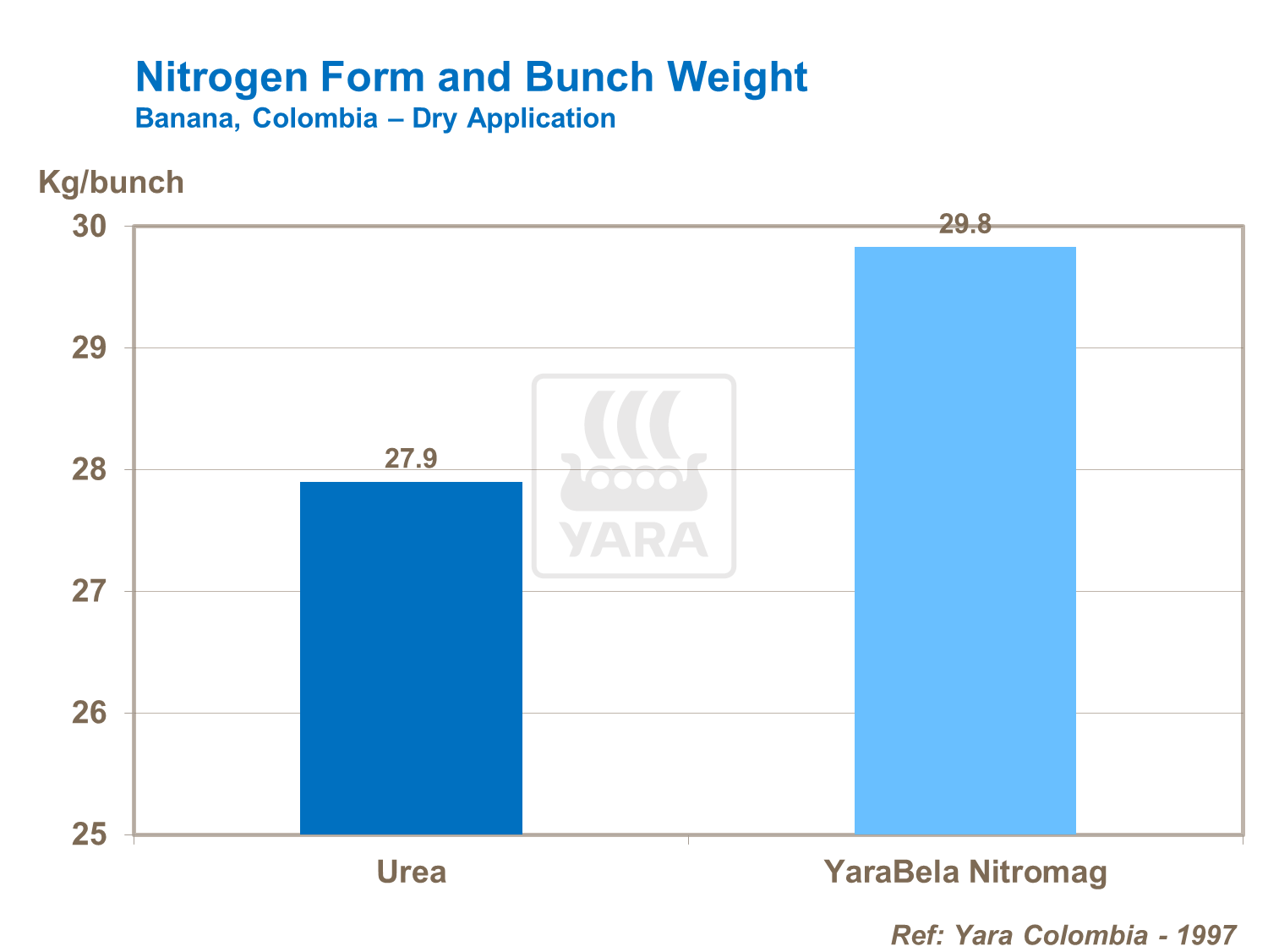 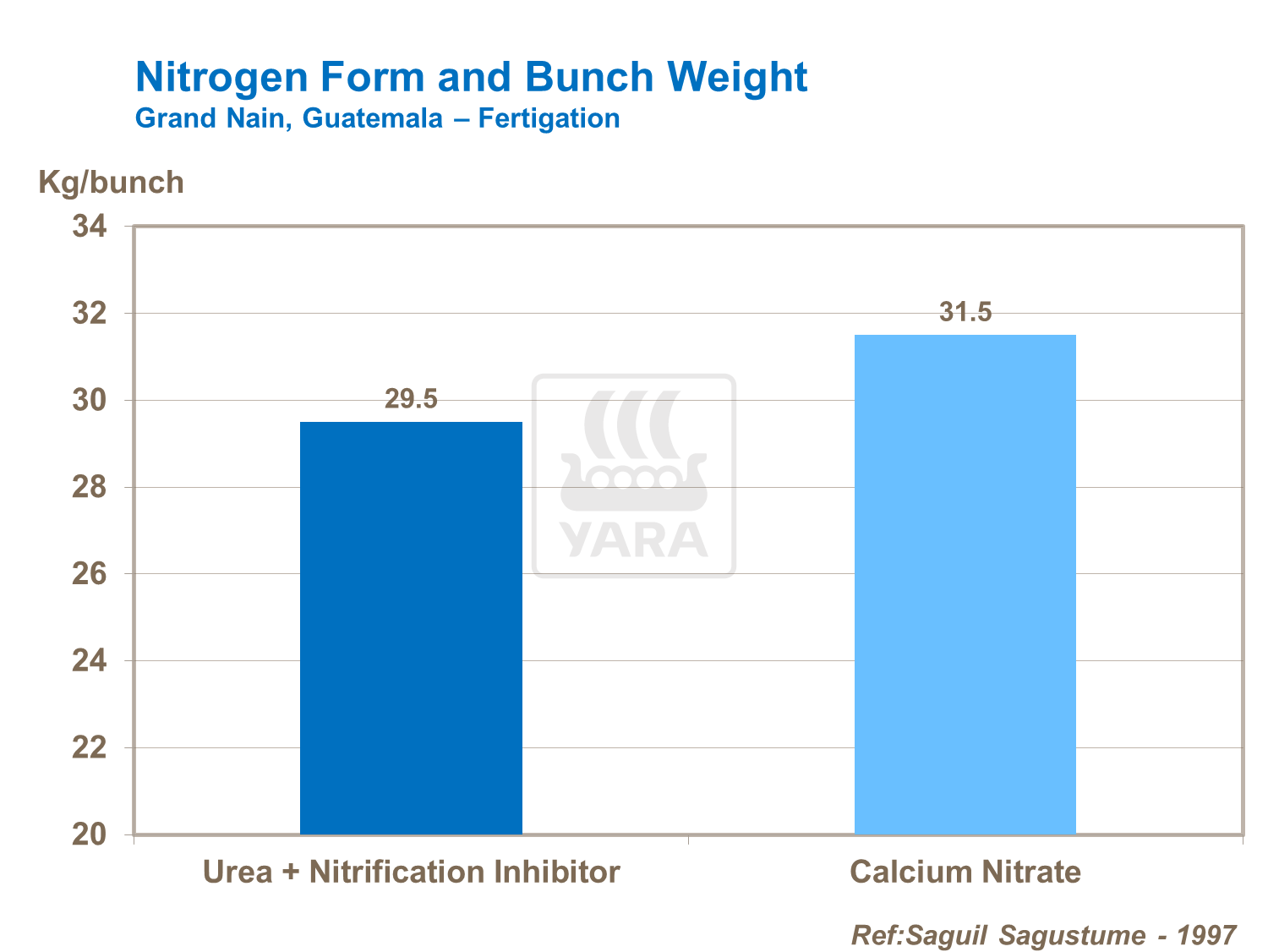 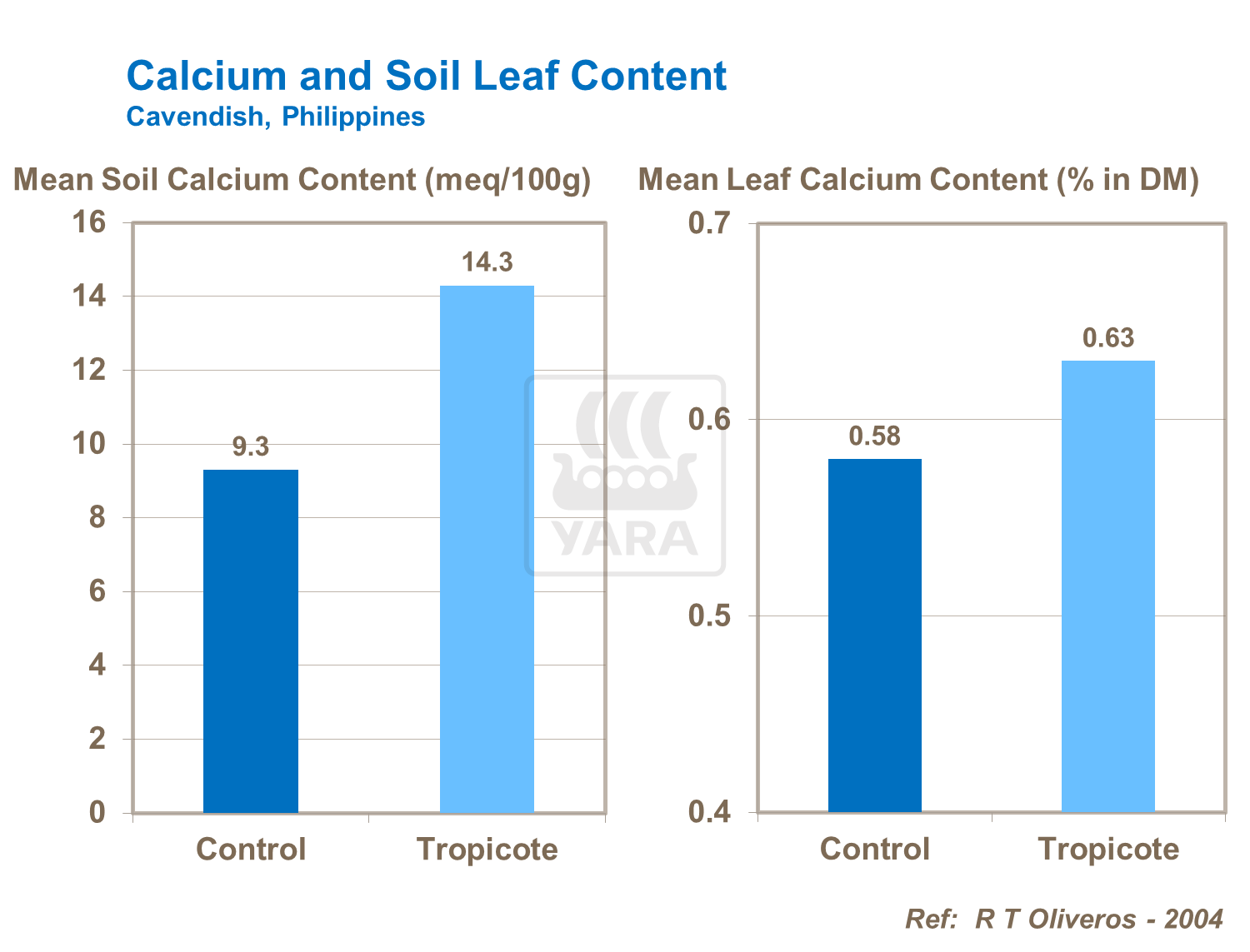 This research also confirms reduced risk of root disease and direct increases in leaf size form use of calcium nitrate. 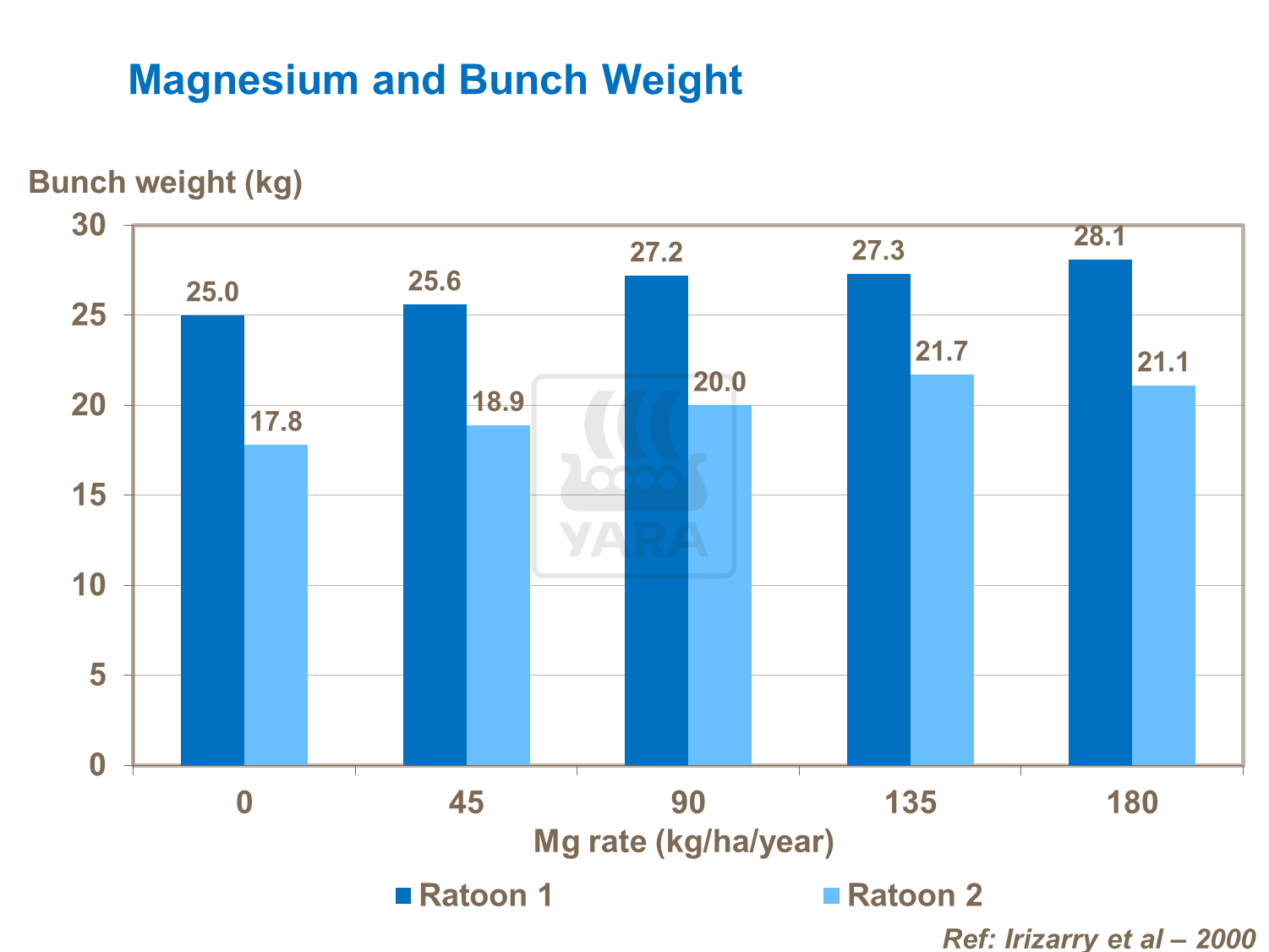 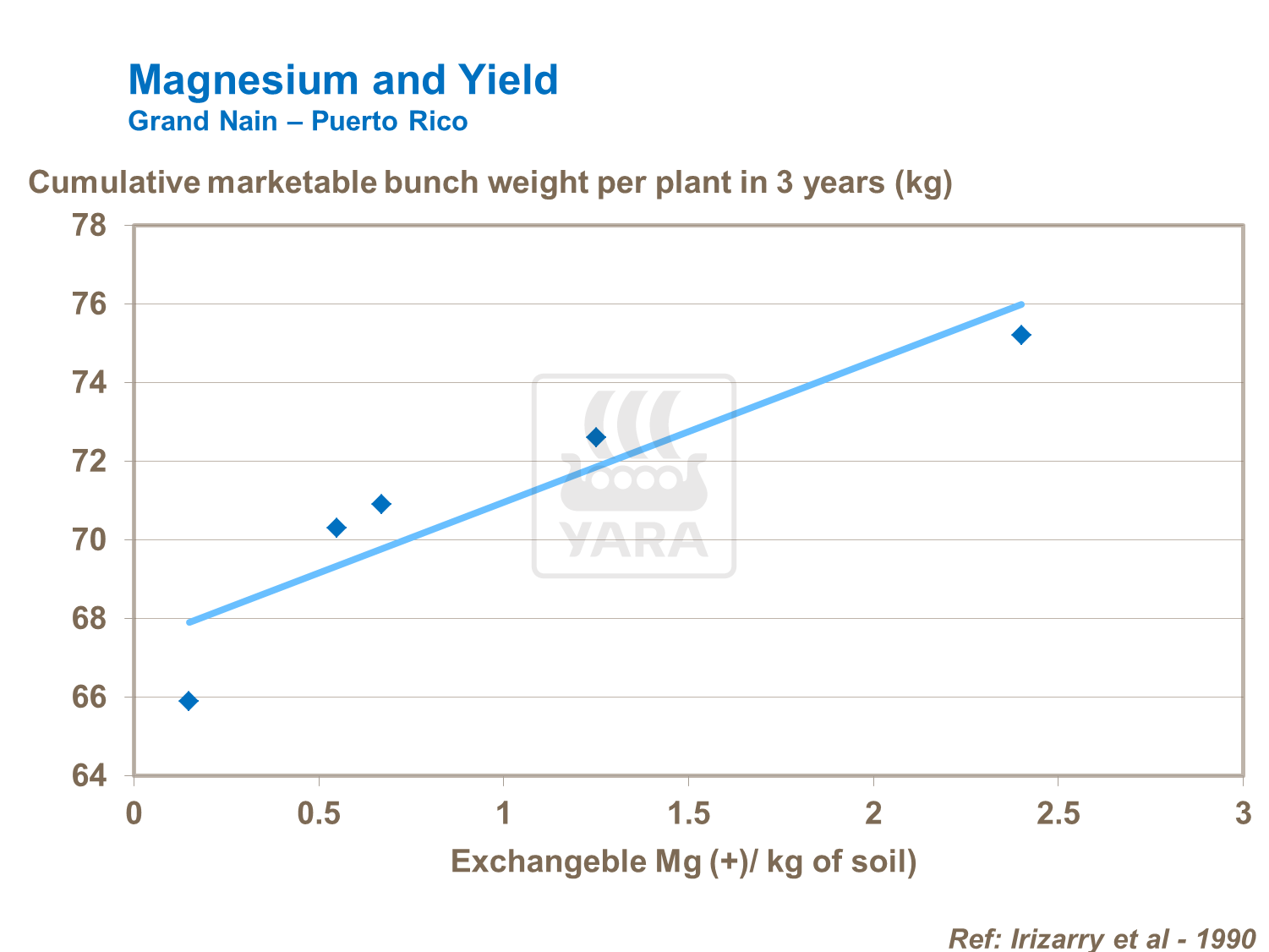 Magnesium has a direct effect on bunch weight. If deficient, plant growth will suffer, potassium and calcium uptake would decline and the overall banana yield would be poor. 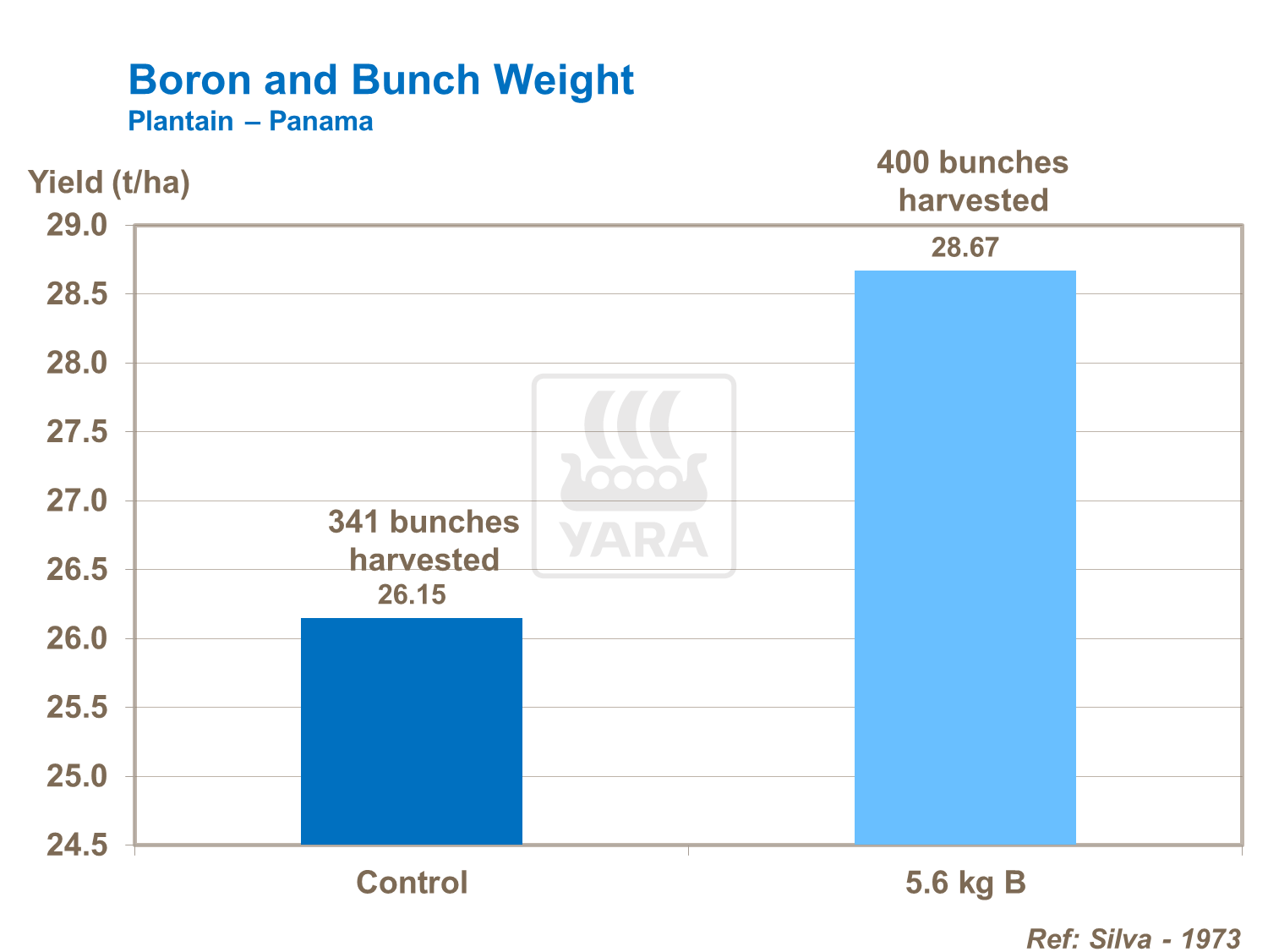 Trails examining the role of boron (some in association with copper), show that both micronutrients have a positive effect on growth, leading to increases in banana bunch weight. If boron is deficient it would lead to a poor bunch development.

While copper is only needed in very small amounts (less than 1% of the required rate of manganese), these rates are important in maintaining fast and productive growth. 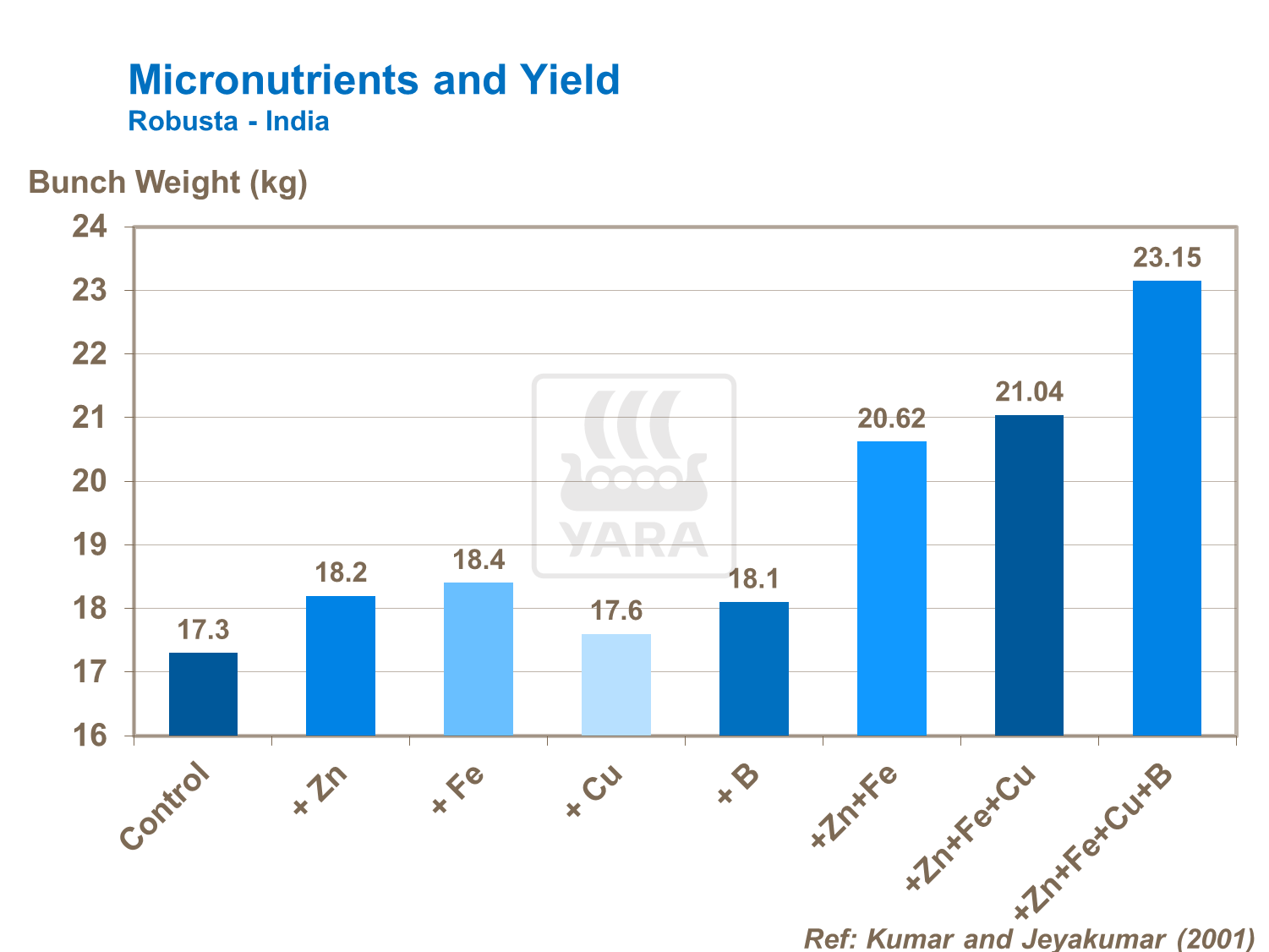 Zinc is one of the most important micronutrients in banana production. It has a major effect on overall growth and banana bunch weight.