How to increase barley grain size

Barley grain size is determined by the plants genetics i.e. the variety, and length of the grain filling period.

As soon as pollination has occurred the embryo and endosperm begin to develop with the plant redirecting photosynthates and also previously stored starch and protein (in leaves and stems) to these developing grains. The longer this period of grain fill is, the larger the barley grain size is likely to be.

It should be noted that for yield attainment, in barley grain number is more important than grain weight so care should be taken not to reduce it too much by focusing on grain weight. Small grains can also be caused through delayed or late applications of nitrogen that causes secondary tiller growth to form ears and grains. These late ears will reduce the quality of the sample being small and high in moisture content. If a crop lodges through either excess nitrogen applications or potassium deficiency this will curtail the final grain filling period giving small, unripe grains.

Macronutrients have the greatest effect on grain size

Nitrogen management will have the most impact on final wheat grain size and weight. Applications made early will ensure a canopy that is large, containing high levels of stem carbohydrate that is translocated to the developing grain during maturation. This is particularly important in drought areas where 60% of the grain yield could come from this store. It is important to monitor plant nitrogen levels ensuring the canopy does not senesce early and curtail the grain filling period.

Nitrogen and sulphur will often increase barley grain yield through increasing barley grain number. This can sometimes be at the expense of grain size, instead producing more, smaller grains. If grain size is key, as is the case in some malting barley crops, then it is important to avoid excess nitrogen.

Phosphate has a major role in the supply of energy for plant processes. Redistribution of stored carbohydrate requires energy making phosphate nutrition important in achieving good grain size. Both solid fertilizer phosphate and foliar phosphate can be used to improve final grain size.

Potassium aids movement of nutrients around the plant as it regulates the transpiration flows as it regulates phloem loading and flow rates. As the plant redistributes minerals to the ear potassium levels need to be maintained. Potassium will also help avoid early senescence often brought on by drought during grain fill. Potassium deficient plants are poor at regulating transpiration through the leaf leading to heat stress and wilting.

Both manganese and zinc with their roles in nitrogen metabolism by the plant will improve grain weight.

Research has demonstrated that the micronutrients Zinc, Copper, Manganese and Boron have all increased the Thousand Grain Weight (TGW) in barley . 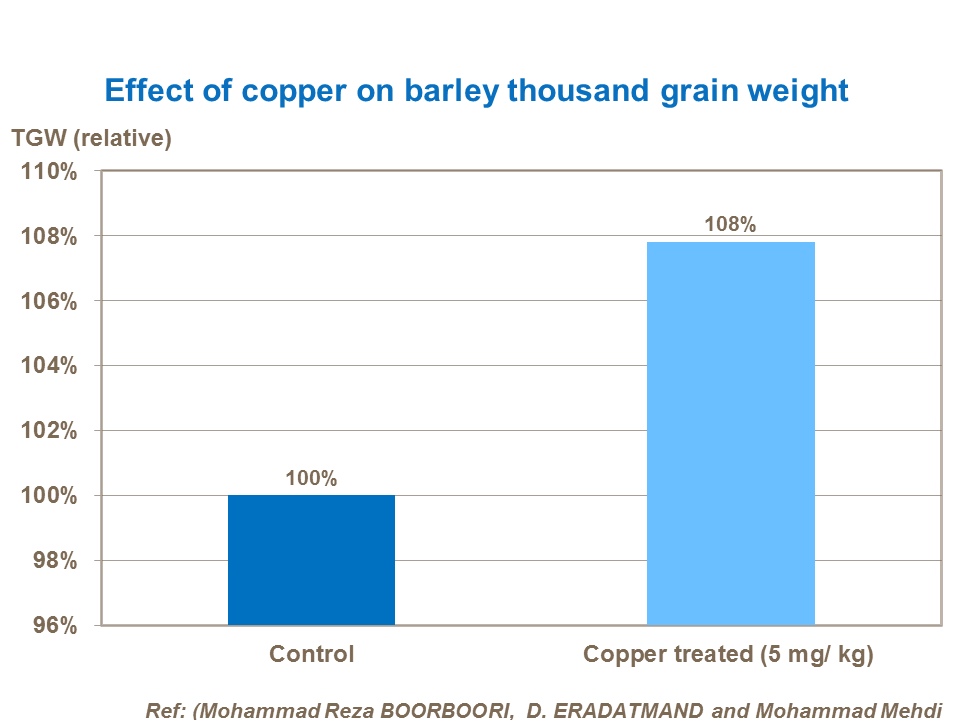 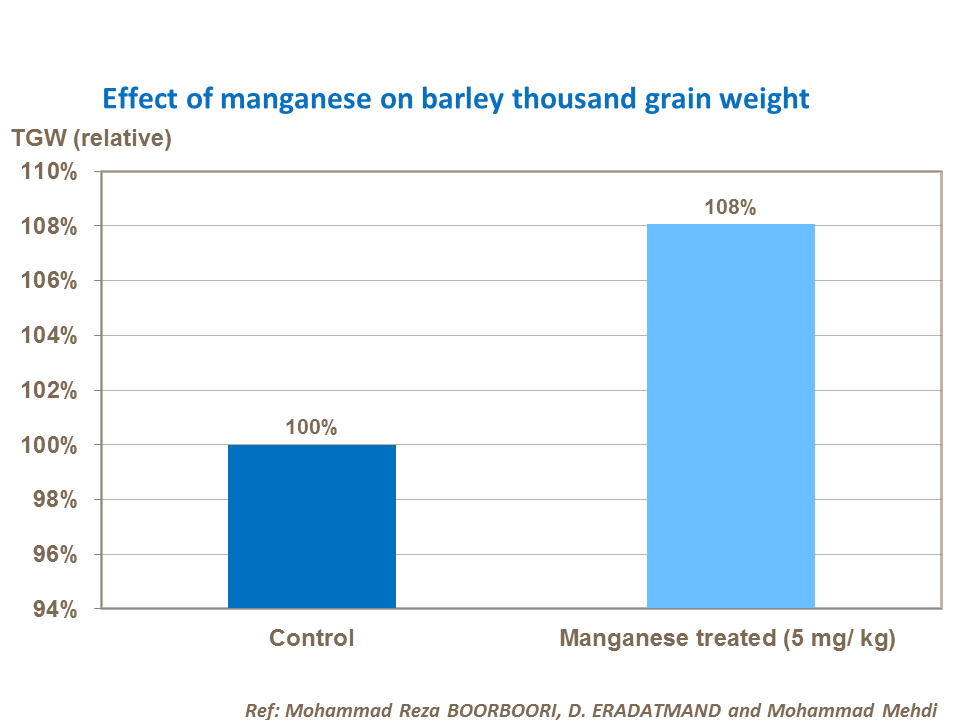 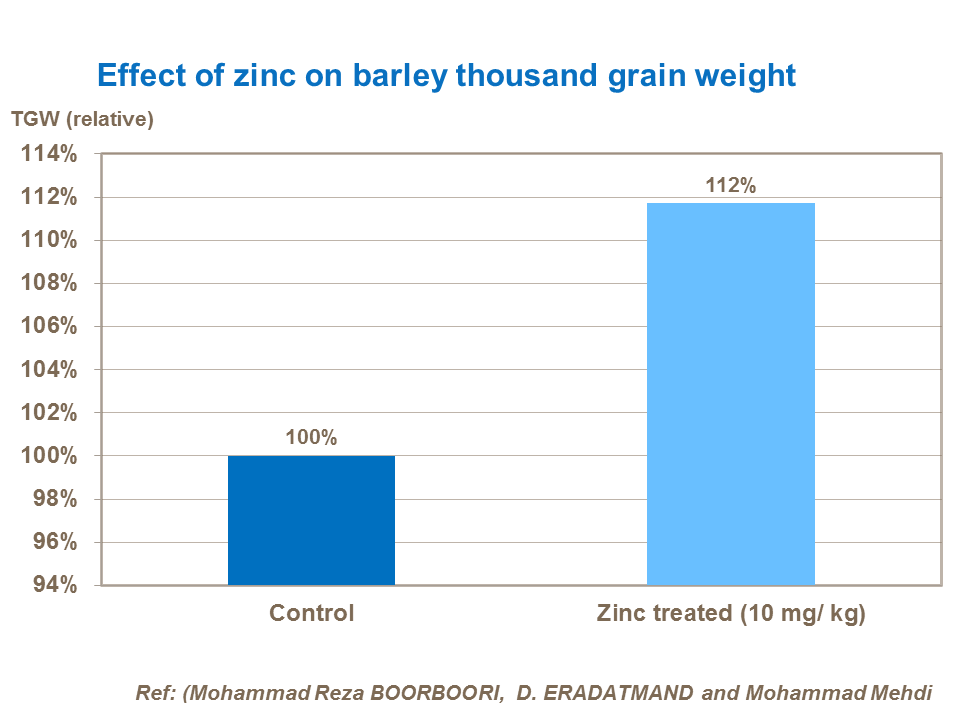 The main influence on barley grain size and specific weight is the length of the grain filling period – the longer it is, the larger the size will be.

Besides nutrient management, barley grain size can be influenced by: