Coffee evolved as an under-storey tree in rainforests, so it is not suited to extremes of temperature.

Ideal conditions are between 15-25°C – and the crop thrives in elevated tropical regions.

Generally, a dry winter and spring is preferred, followed by a wet summer. A two month period of dry weather, followed by rain, is needed to trigger flowering. Consistent moisture availability is needed during bean filling for high yielding crops. Total annual rainfall needs to be more than 1000mm and preferably double or treble this amount. 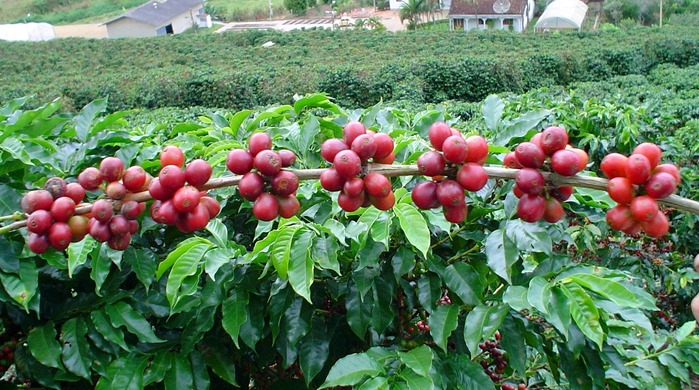 Arabica is grown in two optimal climatic zones – the subtropics and equatorial regions. In the subtropics, Arabica is largely grown between latitudes of 16-24°, at altitudes ranging from 550-1100m. These areas have a well-defined rainy and dry season allowing one growing and one, colder maturation period. 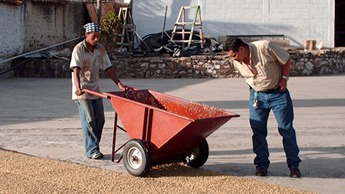 Mexico, Jamaica, Sao Paulo and Minas Gerais states in Brazil, Guatemala and Zimbabwe are prime examples. In equatorial regions, Arabica is grown at latitudes lower than 10° and higher altitudes of 1100-2000m. Here frequent rainfall leads to continuous flowering and two harvests per year. Artificial – rather than patio - drying is required. Equatorial producing countries include, Colombia, Costa Rica, Kenya and Ethiopia.

Robusta is grown at much lower altitudes – from sea level to 900m in a zone that is 10° either side of the equator. Robusta is more tolerant of these hotter climates than Arabica.