From cotyledons to pulp. 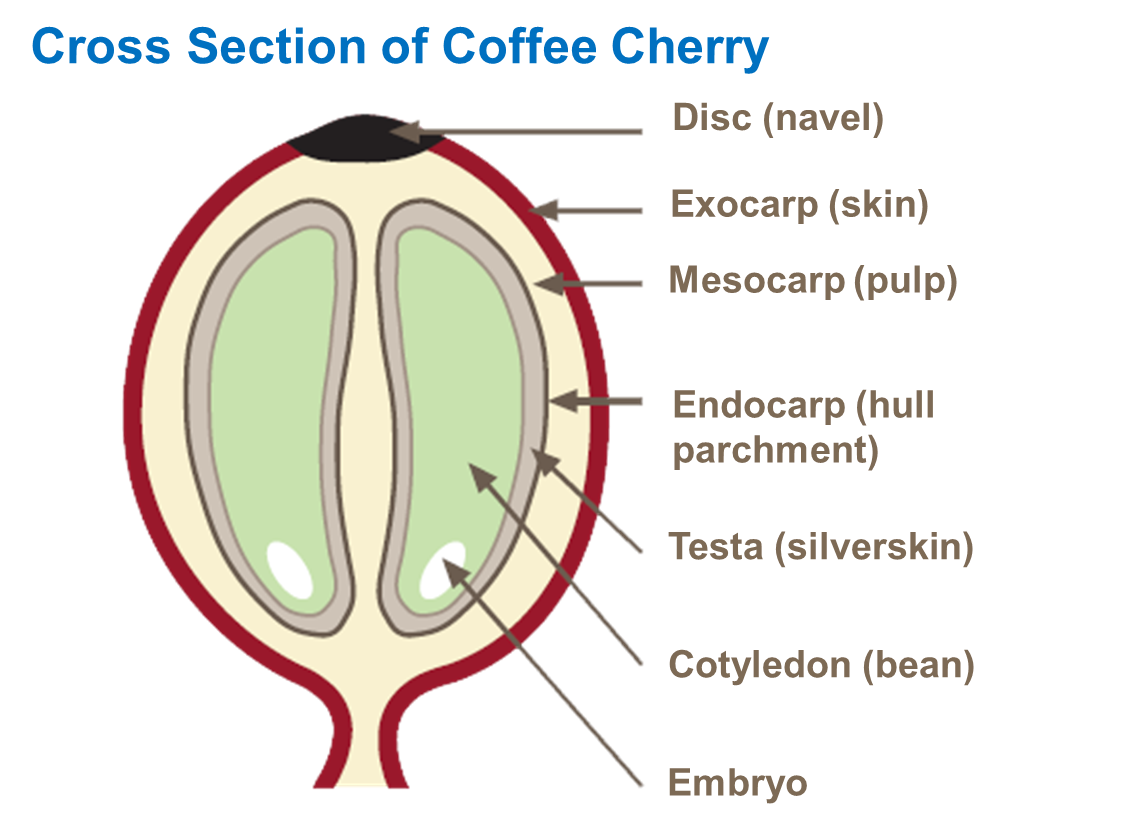 Cotyledons: The green beans within the coffee cherry that are roasted and ground to make coffee.

Cup: The quality of the coffee as assessed by “cuppers” who rate and rank the taste and aroma of the ground coffee and it`s brew.

Drupers: Another term for coffee cherry or berry.

Endocarp: A silvery skin around the bean that is removed by hulling at the secondary stage of processing. Also known as the parchment.

Green Bean: The green colored bean at the heart of the coffee cherry, which is marketed and then ground to make coffee.

Mesocarp: The pulp which surrounds the bean and which is removed from mature beans by milling usually on the plantation.

Parchment: Another name for the endocarp which directly surrounds the bean. Parchment coffee is the name for the un-cleaned bean normally sent from the grower to the trading co-operative, where it is removed.

Pulp: The Fleshy mesoscarp that surrounds and protects the bean.