Nitrogen and potassium are the nutrients needed in greatest quantities in rice. 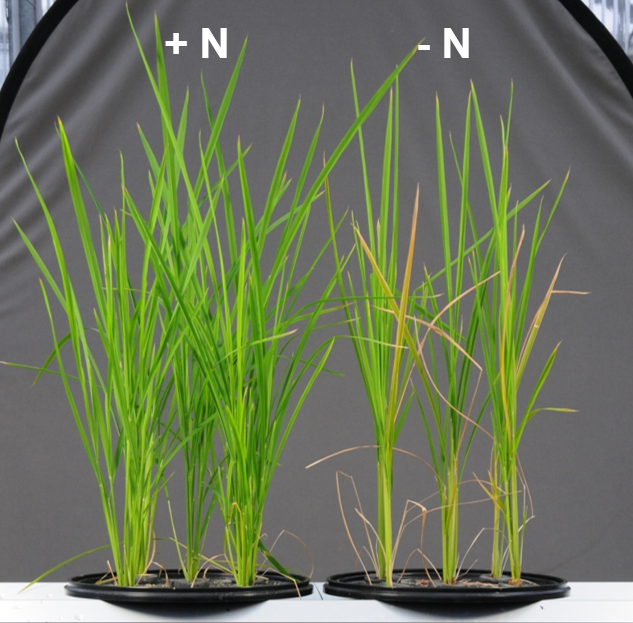 Nitrogen is an essential constituent of amino acids, nucleic acids and chlorophyll. Deficient plants are stunted and older leaves or the whole plant is yellowish green.

In general, N shows the highest effect on yield increase compared to other nutrients.

Selection of appropriate N rate is important for attaining the max. economic yield and minimizing the impact on the environment.

Rice N requirements depend on expected yield levels, which in turn are related to soil and climate (esp. solar radiation) and the supply of other nutrients. 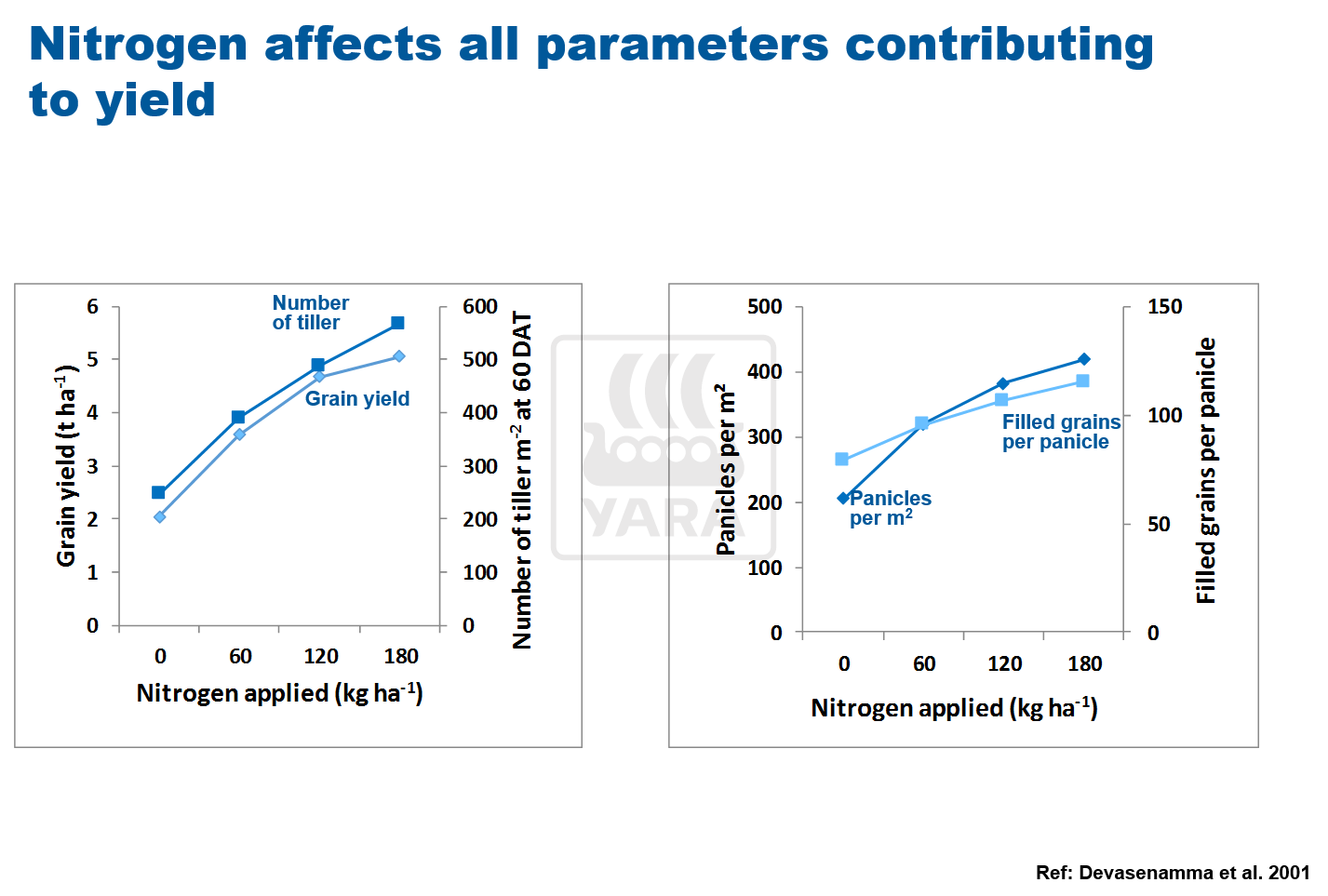 In flooded rice soil NH4+ is the main available N-form. However, both N forms are taken up efficiently by the rice plant. Researchers show that adding NO3- to nutrient solution increased N growth and N acquisition considerably. NO3-N should not be applied as base dressing as it would be subjected to high denitrification losses. In contrast, fully established rice takes up NO3-N very efficiently before large parts of the applied NO3-N would be subjected to denitrification.

Its major functions are in energy storage and transfer and maintenance of membrane integrity. P is mobile within the plant and promotes tillering, root development and early flowering. It is particularly important in early growth stages (e.g. for tillering). P fertilizer is required when the rice plant‘s root system is not yet fully developed and the native soil P supply is small.

Foliar P applied at heading is an efficient measure to boost yields on low P soils.

K has among others functions in osmoregulation, enzyme activation, regulation of transpiration by stomata and the transport of assimilates. K provides strength to plant cell walls as it is involved in the lignification of sclerenchyma tissues. K has no pronounced effect on tillering but increases the number of spikelets per panicle, percentage of filled grains and 1000-grain-weight.

Ca is among others important for the build-up and functioning of cell wall membranes and the strength of cell walls. 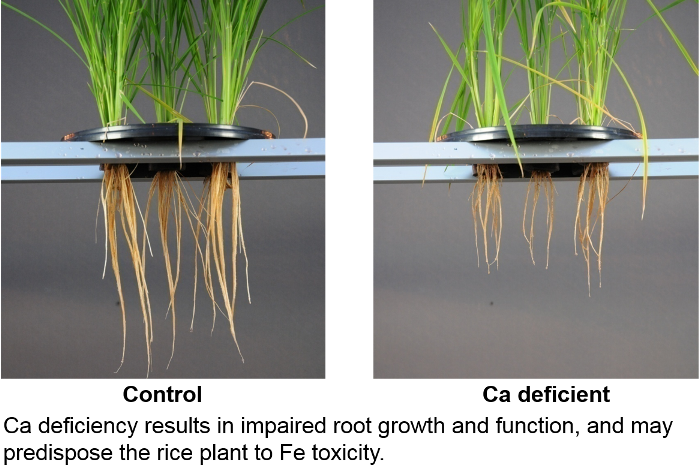 S is a constituent of the amino acids cysteine, cysteine and methionine. Sulfur is contained in the plant hormones thiamine and biotin (which are involved in carbohydrate metabolism).

Zn deficiency is the most widespread micronutrient disorder in rice. Its occurrence has increased with the introduction of modern varieties, crop intensification, multiple cropping, use of high analysis (zinc-free) fertilizers, increased Zn removal. Zinc deficiency has been reported in lowland rice in Brazil, in India and in the Philippines (Fageria et al. 2011). 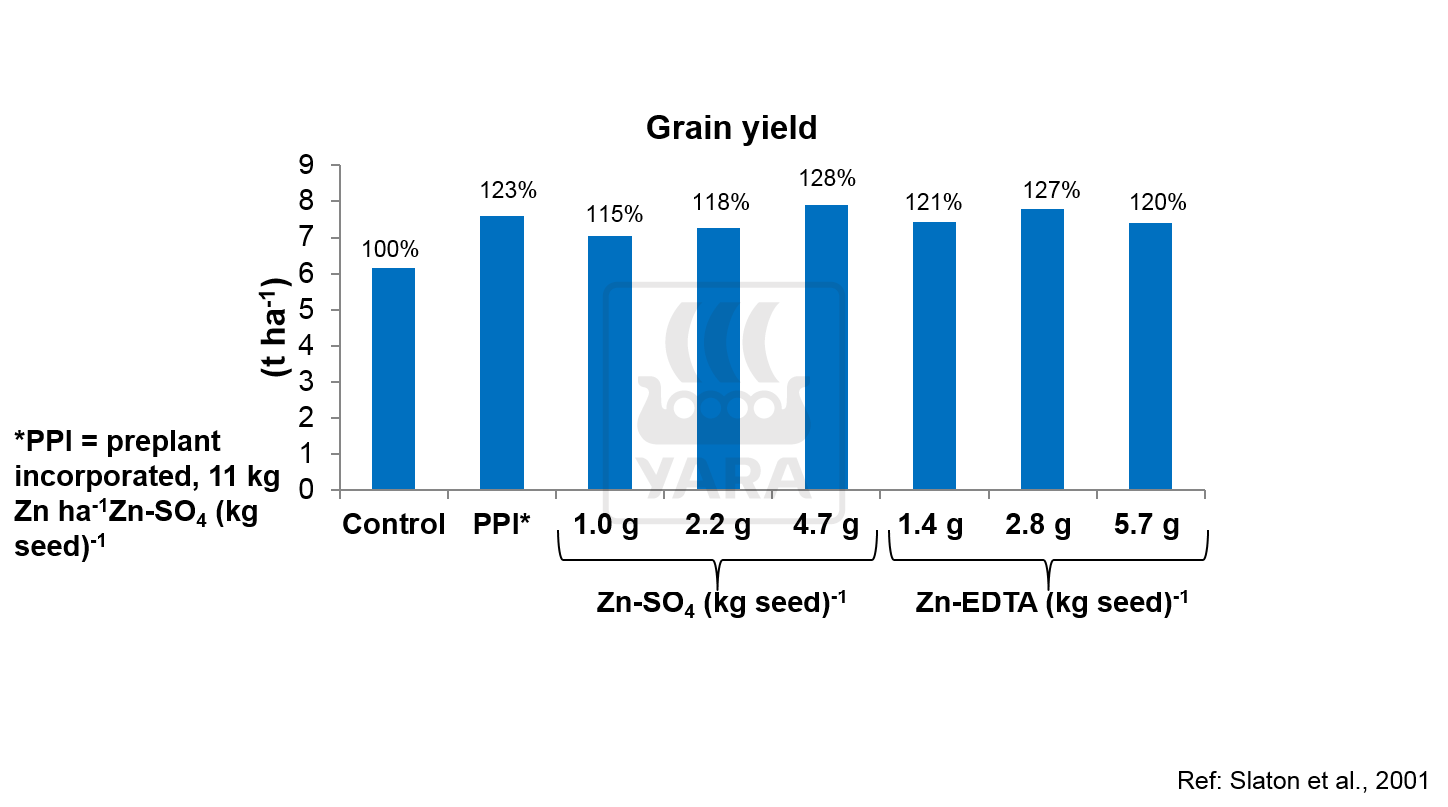 The grain yield was significantly improved by the use of Zn seed treatment compared with the control and was equal to the yield from the standard recommendation in the US of 11 kg Zn ha-1 PPI. (Slaton et al. 2001).

Boron has a primary role in cell wall biosynthesis, and structure and plasma integrity. It is required for carbohydrate metabolism, sugar transport, lignification, nucleotide synthesis and respiration.

Boron (B) is not re-translocated, i.e. all boron found in the grain has to be available during the reproductive stage. 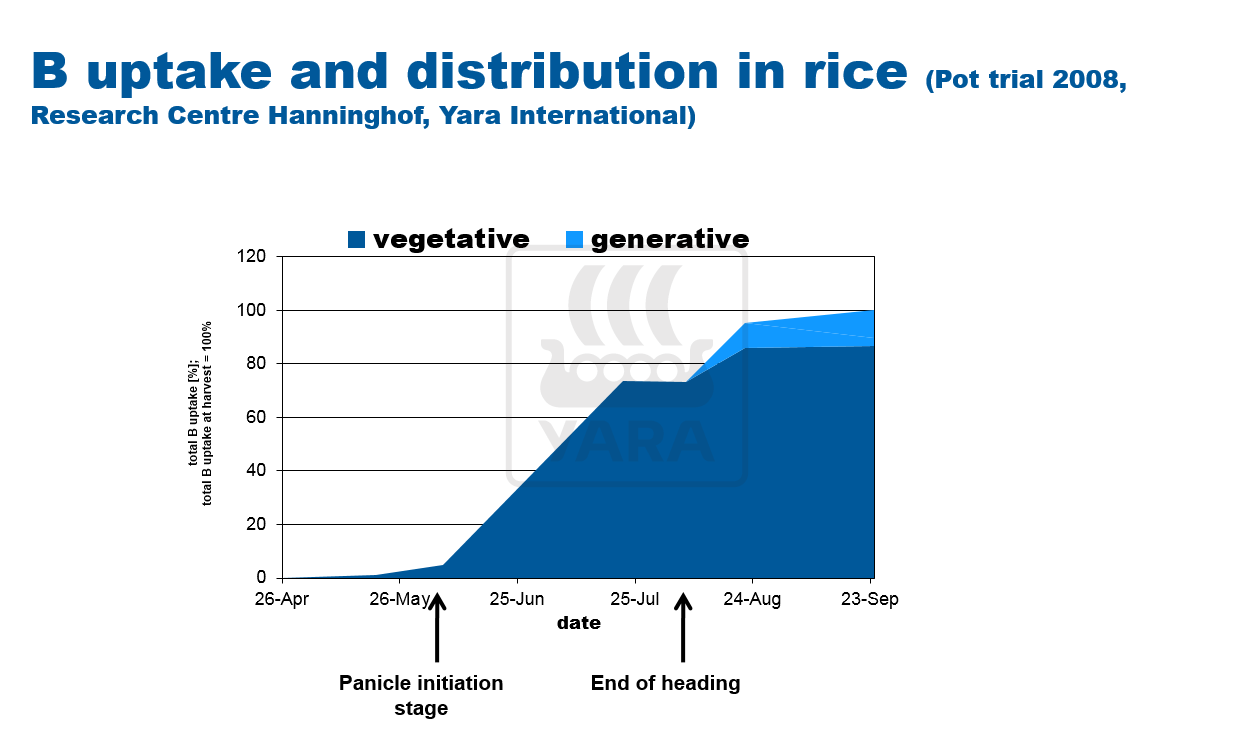 For a rapid treatment of B deficiency, apply 0.5–3 kg B ha-1broadcast before planting, topdressed, or as foliar spray.

High leaching/percolation should be avoided since B is very mobile in flooded soils and can move below the root zone.