Nutrient requirements will vary according to sugarcane yield target and the cane cycle. Plant crops generally take up more nutrients than the ratoon crop. However, the plant crop benefits more from nitrogen mineralization. Therefore to produce the same yield, nitrogen fertilizer demand is higher for a ratoon crop compared to a plant crop.

There are significant differences in nutrient utilization between varieties – particularly with respect to nitrogen uptake - and this needs to be taken into account locally. 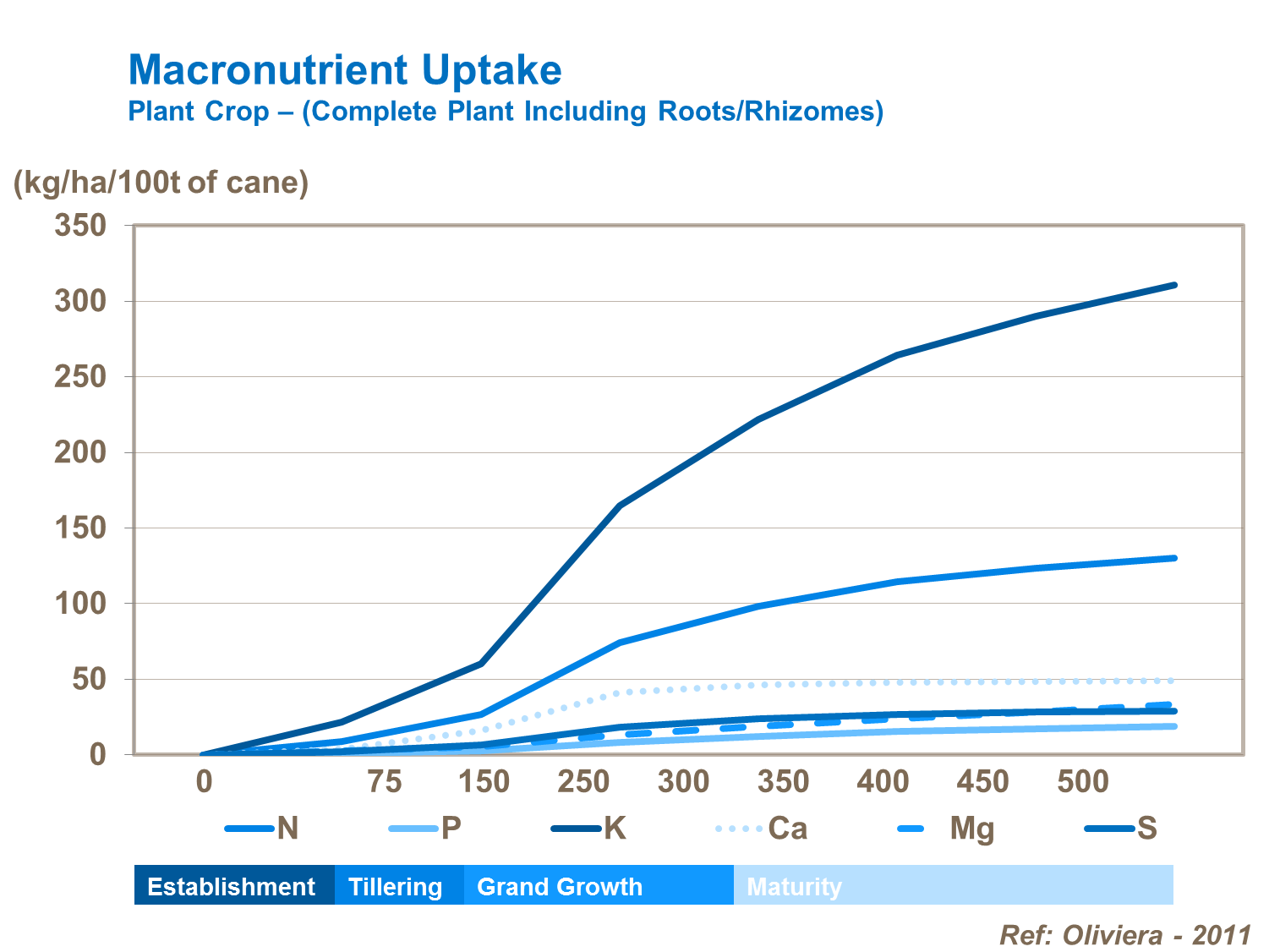 Nitrogen is needed in large quantities and helps to maximize dry matter production and yield. Peak nitrogen demand is during tillering and grand growth. Total nitrogen requirements vary greatly according to variety, soil reserves - which can be high - and position in the crop cycle, whether fallowing is practiced or a legume crop is grown. In general around 100kg N/100t of plant cane and 85kg N/100t for ratoon crops is taken up by the shoots. However, plant requirement - fertilizer demand - for a ratoon crop is the same or even higher than that in the plant crop.

Phosphorus is required early on in the plant’s development to ensure good root growth and to boost tillering. Crops take up around 15-20kg phosphorus/100t of cane. Common practice is to apply phosphorus to the plant crop at or soon after planting, but there is increasing evidence that phosphorus is also important in each ratoon crop to fuel new growth.

Potassium is needed in large quantities – at levels above those for nitrogen. Crop uptake in the shoots is around 175kg potassium/100t of sugarcane in the plant year dropping to 135kg potassium/100t in the ratoon crops. Most of this potassium is used in the sugarcane stalk and peak potassium demand is during the grand growth phase when uptake is faster than for any other nutrient.

A significant amount of calcium is taken up early in the crop’s life and has a role to play in rooting and plant cell integrity. In comparison, sulfur and magnesium are taken up more slowly and at later stages of growth – both are important to sugarcane quality and amounts are highest in the cane stalk compared to other plant parts. Supplies of both sulfur and magnesium need to be maintained in the plant crop to provide high sugarcane yield. 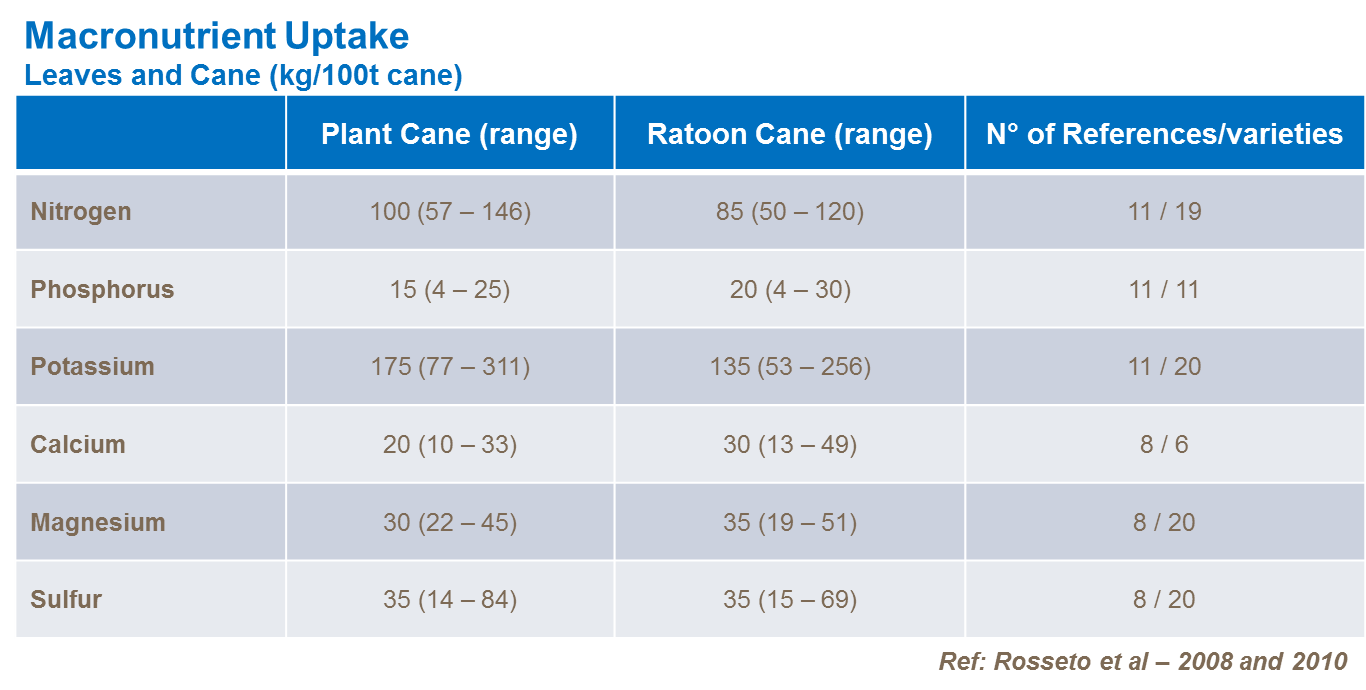 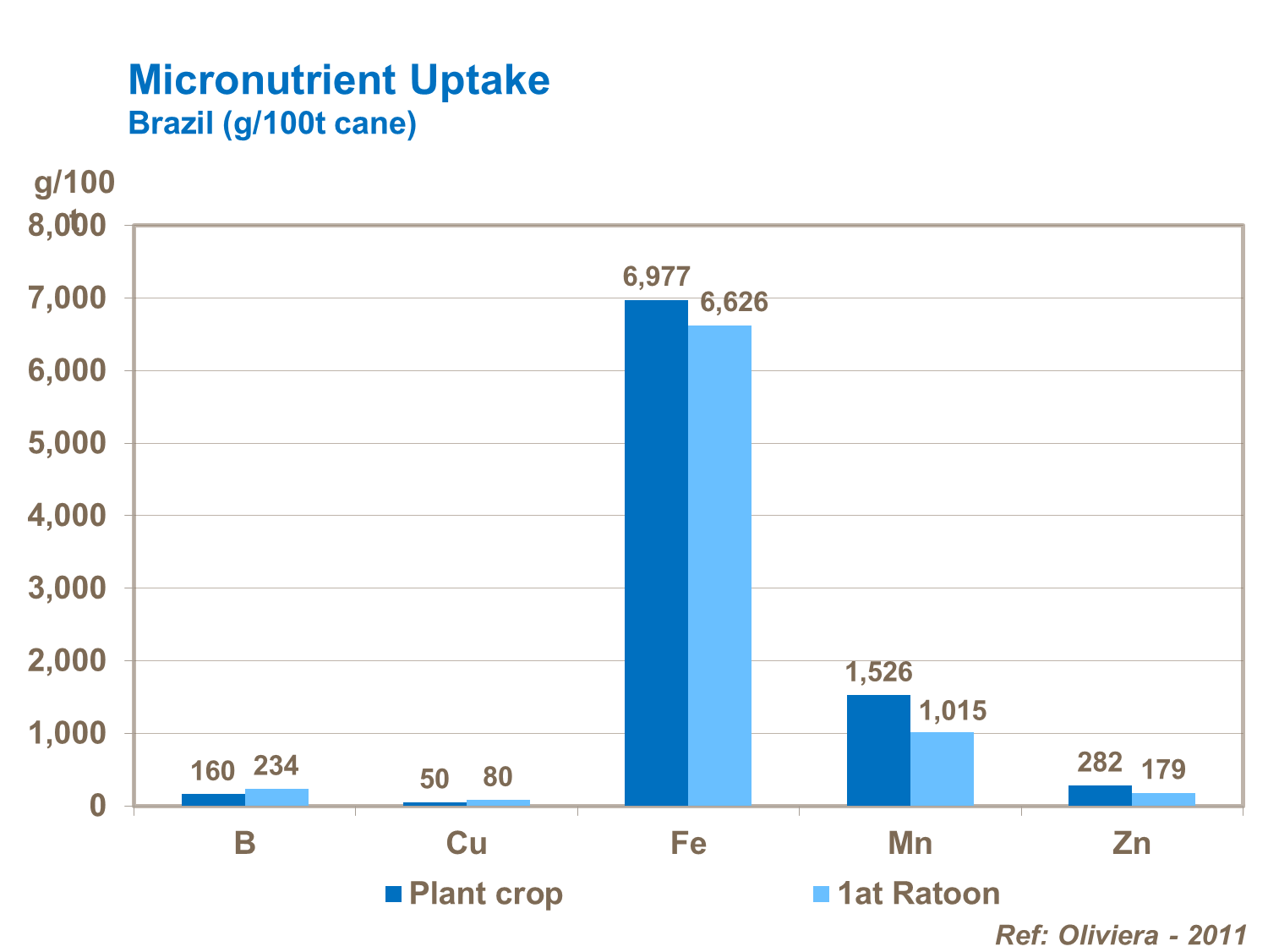 While much lower levels of micronutrients are needed to satisfy crop growth and boost sugarcane yield, they all play a role in early growth. The key micronutrients taken up in greatest quantities are iron and manganese. They ensure stress free growth, improving photosynthetic performance and sugarcane yield.

Levels of iron within the crop vary greatly depending upon soil supplies and deficiencies are rare with most iron found in the trash/tops.

Boron and zinc – while needed in lower quantities - have a specific role to play in encouraging the growth of new plant tissues. They are increasingly commonly applied during early re-growth to ensure good rooting and tillering.

While only required at low levels, there is some evidence that more attention should be paid to molybdenum, particularly to ensure that nitrogen is fully utilized by the crop (Table 7). 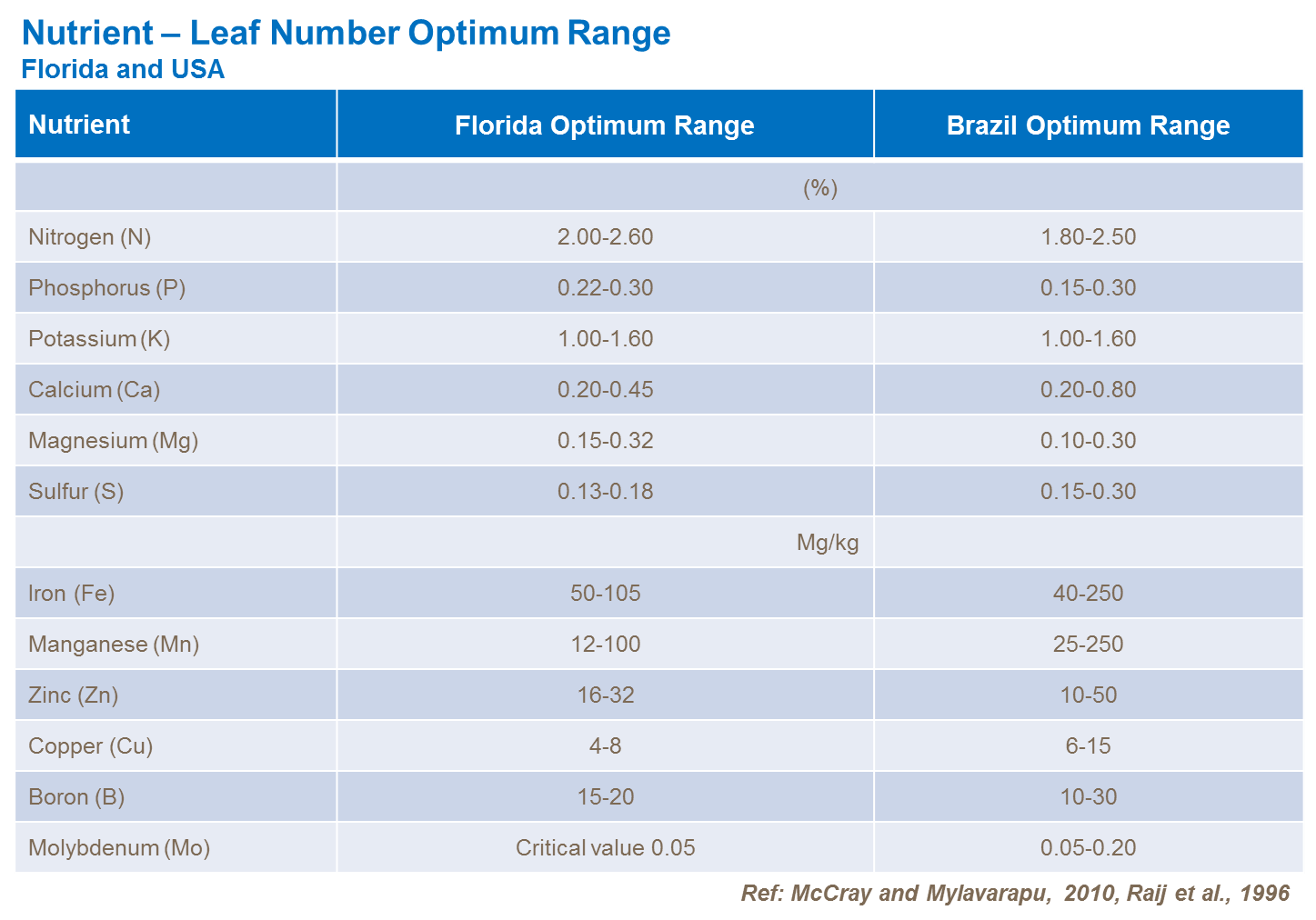