If the sugarcane leaf blades are dark green to blue-green and margins and tips tend to show purple or reddish colors, the sugarcane plant may have a phosphorus deficiency. Older sugarcane leaves show the deficiency symptoms before new or younger leaves by turning yellow, dying back from the tip and margins. Crops are poorly rooted, poorly tillered and young shoots may die back before emerging. Stalks are thin with reduced internodal lengths.

The plants mid-ribs may have a red coloration – known as mid-rib disease. The leaf borders and tips show yellow to orange chlorosis with scorching of the margins – known as 'firing', both these symptoms may indicate a potassium deficiency. Older leaves may turn completely red and senesce, while younger leaves remain dark green. Plant growth is slowed, stalks are thinner and the spindle may have a fan like appearance. Root development is also reduced leading to a smaller root system.

On a zinc deficient plant you can see the fully expanded leaves as broad bands of yellow strips in the mid leaf areas. These lesions can turn red, while midrib and leaf margins remain green. Leaves are shorter and wider at the mid-point. This reddening may also be associated with fungal attack, e.g. red fungus - Curvularia brachyspora. This susceptibility varies with variety. Visual symptoms are not always obvious and can almost be undetectable in some varieties, so the use of leaf tissue analysis is important. 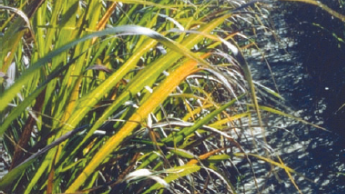 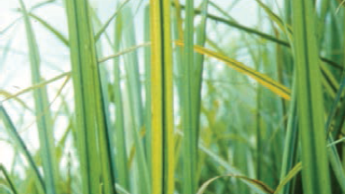