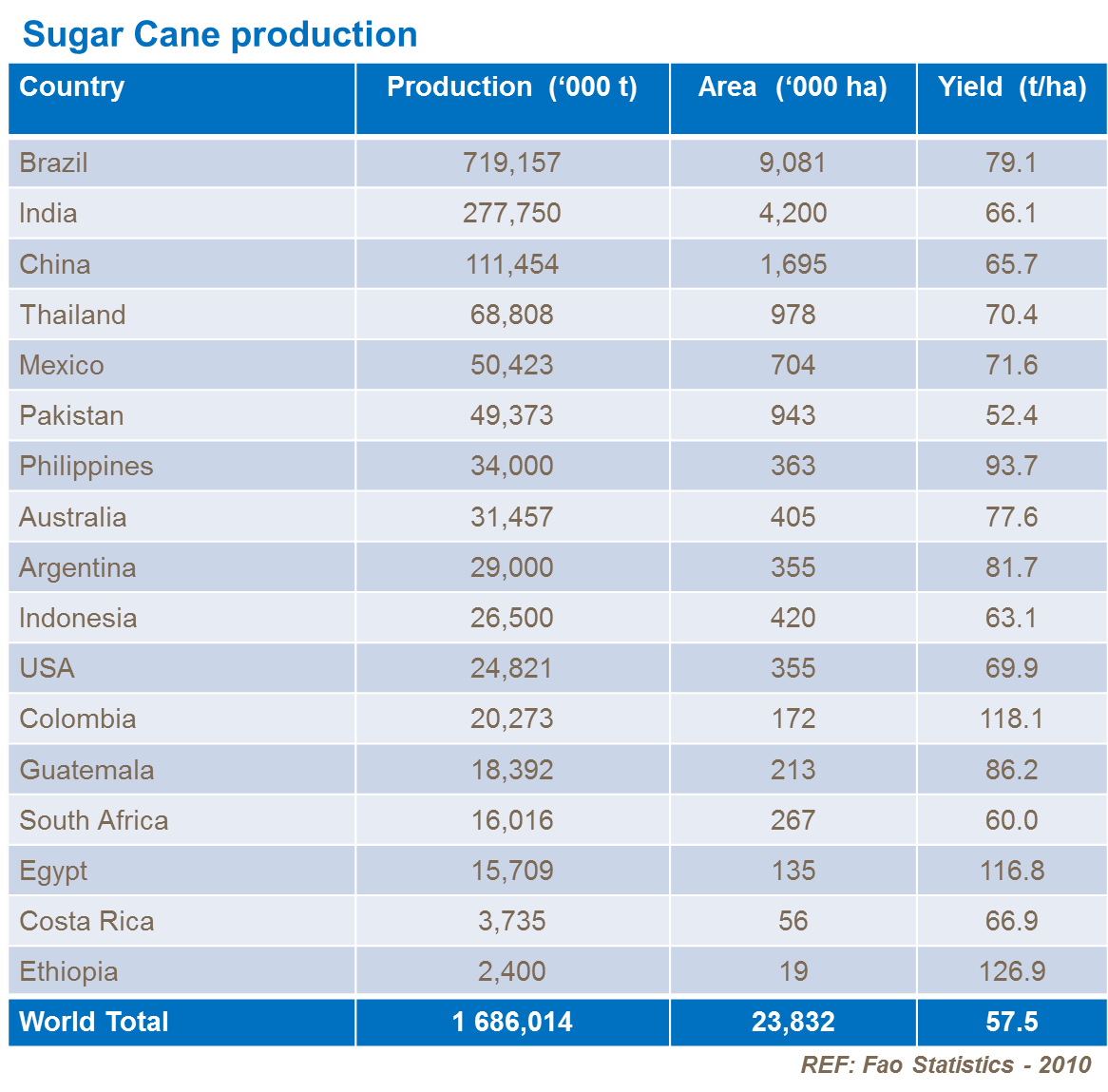 The biggest producer is Brazil, which at 720 million tons grows over 40% of the world’s crop.

Combine this with the production figures from India and China and these three countries grow two-thirds of the world’s sugarcane crop from an area of nearly 15 million ha. Climatic factors, most notably water supply are the major influencing factors in production.

While average sugarcane yields worldwide are close to 60t/ha, some countries produce mean crop figures of 100t/ha and above.

Of those major producers who grow in excess of 20 million t every year, Colombia, Argentina, Australia, Philippines and Brazil usually have mean yields around 80t/ha or more.