The aim of any producer is a high yielding, high quality crop that satisfies the end user.

There are a large number of agronomic factors which can influence this, many are within the control of the grower, under given growing systems and climatic and soil conditions.

Plants are either indeterminate – which when side shoots are removed, produce a continuously growing single stem – or determinate, ending in the formation of a flower cluster and a bush-like structure.

Determinate plants are usually earlier to mature, because, once flowers are formed they divert all energy into filling and producing a uniform crop. They are more often used where seasons are shorter and just one crop is produced. They are bushy in character with a short main stem, and ideal for mechanical harvesting of processed crops and field cultivation of fresh tomatoes.

Indeterminate plants continue to produce flowers. Such a crop, if maintained, can make better use of an extended season. They ideally suit greenhouse production and can grow over 10 meters in height after 9 to 10 months.

Staking, while expensive, helps increase yield and maximizes quality potential in both indeterminate and determinate crops.

Tomatoes are warm-season crops and sensitive to frost at any stage of growth. If subject to temperatures below 10˚C, crops suffer from delayed seed germination and slow early growth. Cold will also reduce fruit set and delay maturity. Similarly, temperature extremes of over 35˚C will reduce fruit set and restrict red coloration. If water stress and high temperatures occur together the plant will produce soft fruit.

The optimum temperature range for tomatoes is between 18 and 27˚C. Above 27˚C, flower formation is adversely affected. For this reason, most outdoor crops are grown in temperate climates, between the 30th and 40th parallels in both the northern and southern hemisphere. However, with the introduction of modern varieties, tomatoes are increasingly grown in higher temperature, tropical conditions. Optimum relative humidities in glasshouse crops range from 60 - 80%. Under hydroponics, 75% and 85% respectively are typical night and daytime relative humidities.

Maturity dates range from around 60 - 70 days for determinate varieties grown in more northerly latitudes to more than 95 days where a longer, single season harvest period is used.

Tomatoes are sensitive to low light conditions, requiring a minimum of 6 hours of direct sunlight to flower. However, if the intensity of solar radiation is too high, cracking, sunscald, and uneven coloration at maturity can result. For this reason, under greenhouse conditions, shading of fruit is essential. Day length is not critical to the production of tomatoes and so greenhouses occur across a very wide range of latitudes.

Tomatoes can be produced across a wide range of soils as long as drainage and physical soil structure is good. The plant produces a fibrous root mass, which can exploit the subsoil given the absence of cultivation pans. Most of the root mass though, is normally concentrated in the cultivated zone, or top 60cm – and 70% of the total root volume is in the top 20cm of topsoil. Tomatoes require good nutrition. Thus, the best crops are on the more fertile soils.

Optimum soil pH is between 6.0-6.5, but crops are grown in soils with a pH of 5.0-7.5. When pH drops below 5.5, magnesium and molybdenum availability drops and above 6.5, zinc, manganese and iron become deficient. 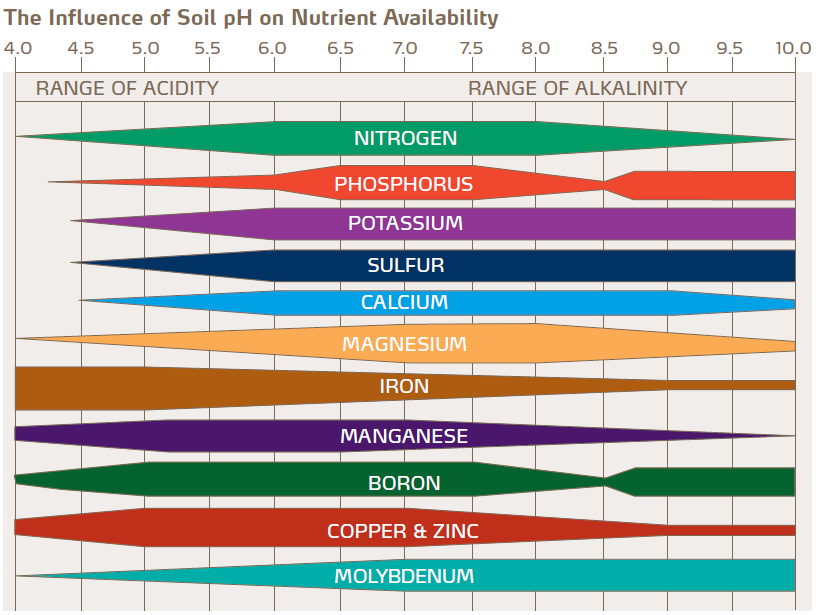 Tomatoes require a constant supply of moisture during the growing season. In field situations, tomatoes require 2000- 6600m3/ha of water per season to produce a high yielding crop. In the greenhouse, each plant uses around 1-2 litres of water every day – this is equivalent to around 10,000m3/ha per year.

Excess water, will however, lead to root death in anaerobic soil conditions, as well as delayed, less prolific flowering and fruit set. Too much water after fruit set induces several fruit disorders, most notably cracking.

It is common practice in processing tomato crops to cease irrigation 2-4 weeks prior to harvest to maximize dry matter contents in the fruit and minimize soil compaction during harvest.